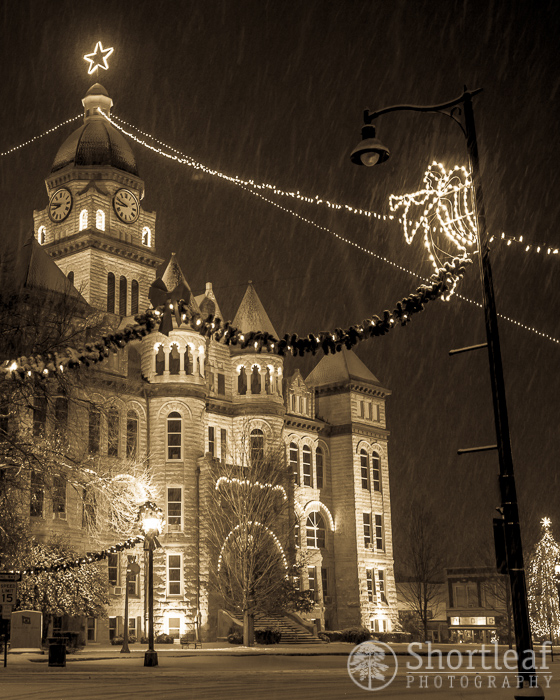 I really like snow. Sure, it’s cold and super annoying at times, especially tracking it into the house every time you go outside. But it has a peaceful and beautiful appearance that I just can’t help but love. Especially when it’s falling.

Last night I made a grocery run into town, which resulted in an impromptu photo-shoot. I always like shooting in bad weather (though I would argue whether a winter storm like this is actually ‘bad’), and it doesn’t bother me to be out in the cold and snow enjoying the sights and sounds. After I finished taking photos I sat on a bench for a few minutes and just took in the scene. I was already frozen and covered in snow, so why not? Besides, I would take an 18 degree day over 100 any day!

For as long as I can remember, the Jasper County Courthouse has always captivated me. Perhaps it’s the intricate details coupled with the impressive size. Maybe it’s the star on top, I really like that.

However, the lighting on the building is not very well suited for photography. To the untrained eye, one probably wouldn’t notice, but in a photograph the various light types clash something awful. I worked around this by making the image an antique monotone, which I actually think adds to the feel and nostalgia. 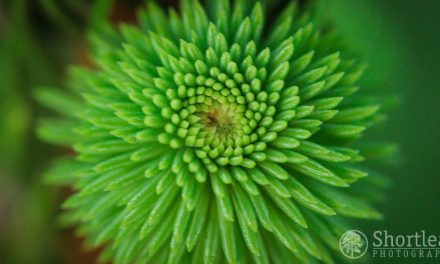