We had some time to kill after we finished hiking the canyon so we decided to check out nearby Capitol Reef National Park. I have driven past this national park several times in my life and never really knew what it was about.

It’s located in the middle of southern Utah’s 5 national parks and lots of people, including myself drive through it to get from Arches/Canyonlands and Bryce/Zion. But it’s far less visited than the other 4. I suspect that is because it doesn’t have any of the famous large features like the other parks. It’s also much, much harder to access many of the park’s features. Some of them are upwards of 100 miles down 4wd roads and require hiking cross-country and navigating canyons without a trail. 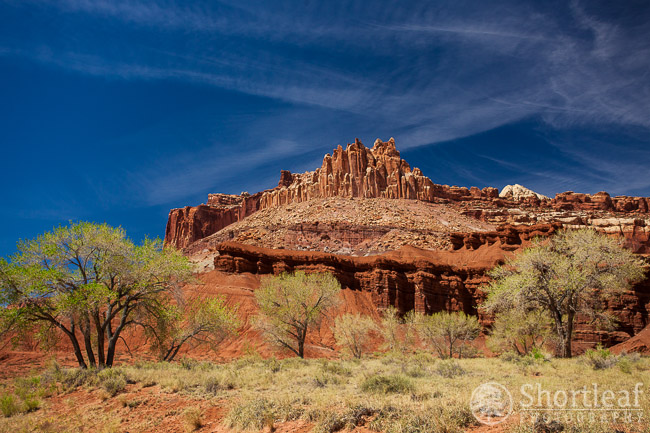 A rock formation called “The Castle” viewed from the visitor center where we picked up some information about getting to Cathedral Valley.

The one thing I have always known about Capitol Reef was that it contained an area called “Cathedral Valley”, a place I have long wanted to photograph. However, it’s located a few hours down an unimproved road that requires a high clearance vehicle and is sometimes impassible even with that. 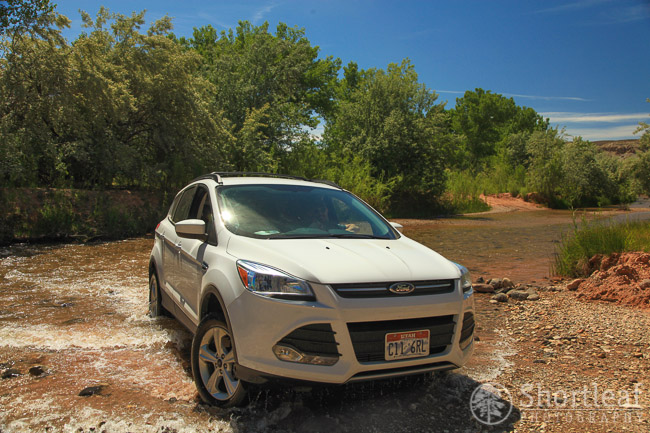 The road to Cathedral Valley crosses the Fremont River, but there is no bridge so you have to drive through the river. For a ‘city guy’, Ian did pretty good driving on all these back roads. 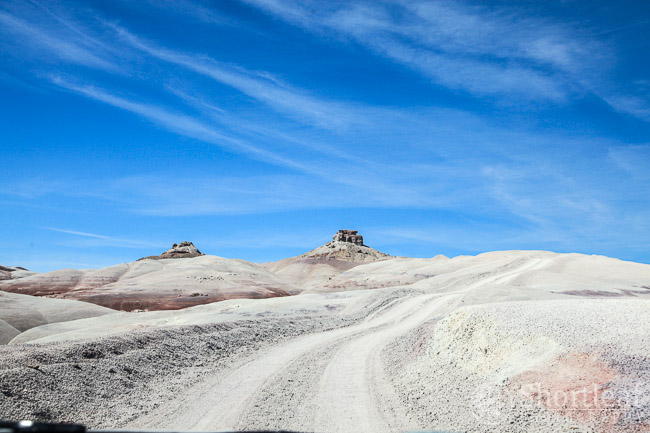 The road passes through several different types of terrain, including this area that looks more like the moon than earth. 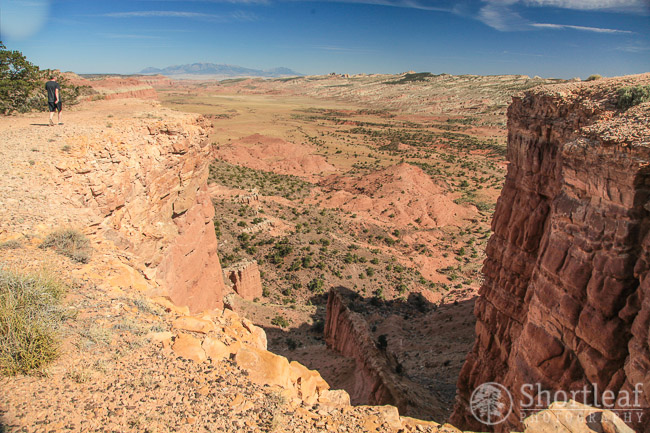 After about an hour we came to a spot where we could hike up to “South Desert Overlook”. In the photo it doesn’t look particularly spectacular but it was easily one of the most incredible views I’ve ever seen – and I’ve seen a lot of incredible views.
Walking the trail along the edge gave me and Ian both some severe vertigo as it was maybe 1,000 feet down.

A little ways past the South Desert Overlook was our first view of Cathedral Valley. This was also difficult to capture in a photograph because of the incredible size, distance, and space involved. Each of the rock towers in the valley were probably at least as tall as a 50 story building and the closest ones are probably more than a mile away.
There is something truly inspirational about seeing a view so large that is completely untouched. 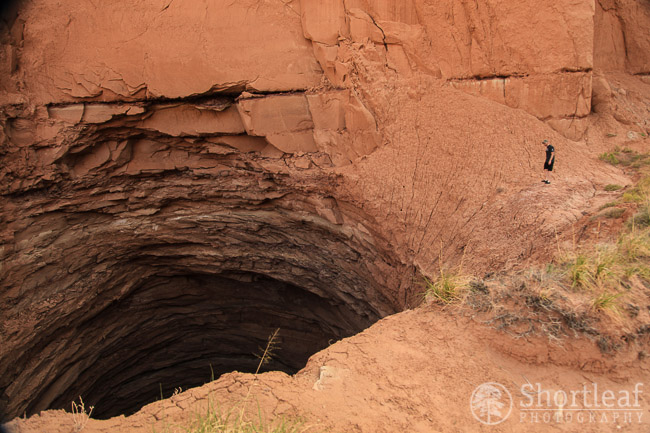 Before we left the park, we stopped and saw the Gypsum Sinkhole, allegedly the largest sinkhole in the country. In typical Utah fashion there were no guardrails or signs warning you of the dangerous drop off.

Ian and I had a nice conversation discussing whether or not it would be possible to survive a fall into it. Of course even if you did, you would be trapped and visitors to this area are few and far between. According to the park service it may be several days before anyone else comes through. 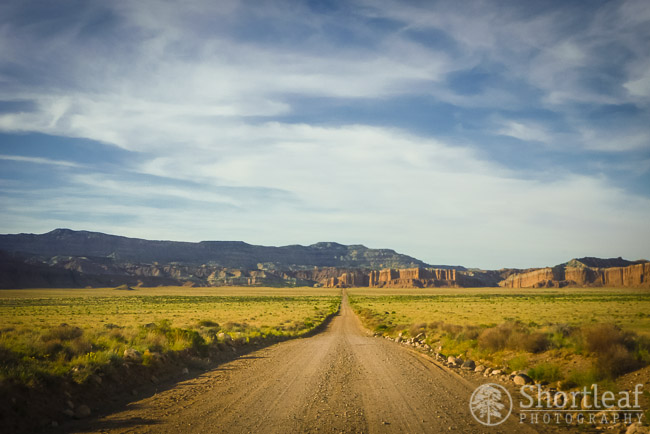 We took a back road “shortcut” to the interstate from Cathedral Valley. I was a bit nervous since we didn’t have a map or a GPS and there were virtually no road signs to speak of once we left the park. It was almost 130 miles between gas stations, so one wrong turn could have left us in trouble.
As with the large expansive views, there is something refreshing about driving hundreds of miles down roads like this without seeing a single house, gas station or any kind of development whatsoever.

We only had half a day to explore Capitol Reef, but I’m glad we did. It was one of the most amazing places I’ve ever seen and hopefully some day I’ll be able to explore some of the many trails, canyons, and arches that can be found way off the beaten path in this often overlooked place. 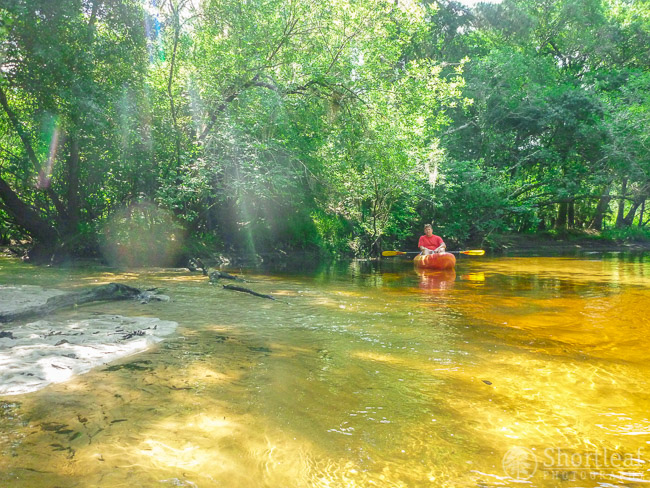