Yesterday on the news I saw that our area was under a ‘red flag’ warning, which means conditions are great for wildfires. It was a hot, blustery day with very low humidity, combined with lots of dead and dry vegetation on the ground. Which, actually sounds like pretty much every other day this summer come to think of it.

There must have been something special about yesterday though because a fire started somewhere west of the farm and quickly spread, gobbling up acres of dead corn before crossing into our CRP (tree) plantation and forest. By the time I made it down to the fire, several crews from many neighboring jurisdictions were already on the scene.

Luckily, with the help of the south wind, they were able to contain it to only a small portion of the farm. So I consider ourselves fortunate. 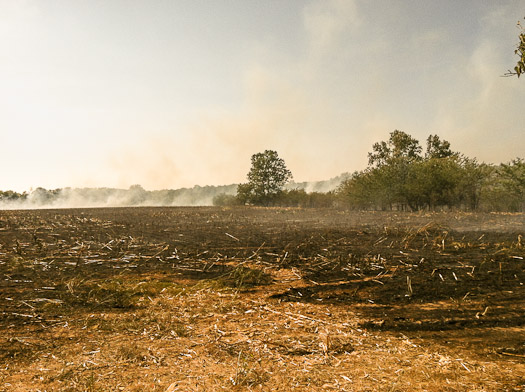 Looking to the west it was a lot of burned up ground. I never could determine where it started, but it was pretty far away. 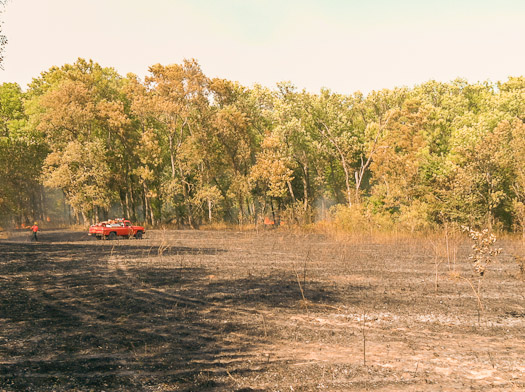 After the fire spread onto our farm it burned up the far corner of our CRP (tree) planting, but luckily by that point the fire crews were on the scene and contained it fairly quickly. The real challenge was keeping it contained after it spread into the forest. Many of the trees in this forested area were already dead or dying from the drought. 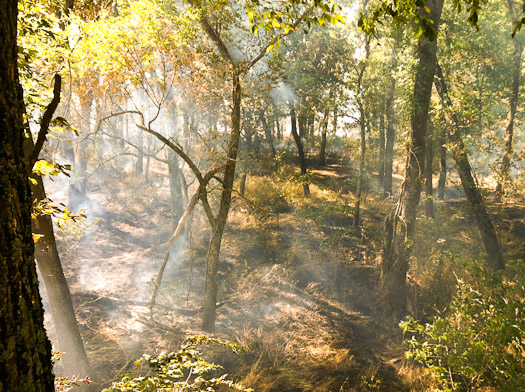 I climbed up in a tree stand to get a better view of where the fire had come to a stop. Most of the trees in this area will probably die from being burned at the base. Some of them later started falling over and one damaged a fire truck. I left the wooded area, realizing it was not a safe place to be. The firemen kept at it though until it was all contained. 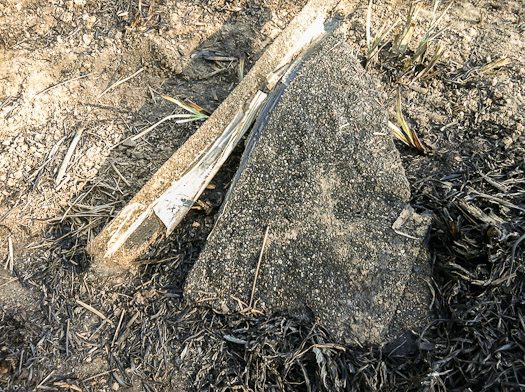 I noticed this shingle exposed on the now bare ground. It was probably dropped here last spring from the tornado.

So really, we fared pretty well thanks to the efforts of so many fire crews. As far as I know this fire did not harm any people or property (aside from the firetruck). I saw on the news that our fire was just one of many across the area. There was a 1,000+ acre fire in Wilson County, about 85 miles west of here.