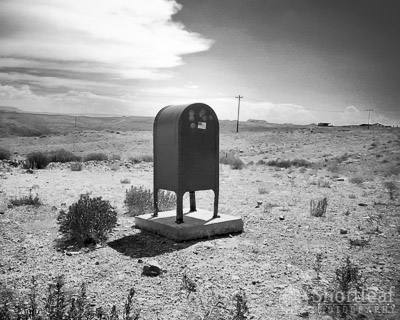 Many years ago I found myself wandering the back roads of the western United States without a schedule or specific route. I had just finished film school in California and was headed back to Missouri. I decided I was in no hurry, so I took back roads the whole way, sleeping in my car when I got tired.

My favorite photo from that experience has always been the “lone mailbox”. It was just that – a mailbox in the middle of nowhere. I could never remember where I took it, so when Google street view came out, I would occasionally browse around, trying to see if I can find this icon of my trip. Considering I didn’t even know where I was located at the time, and have since forgotten pretty much all the details of my unplanned route, it was kind of like finding a needle in a haystack. The only thing I was somewhat confident in was that I believed it was at the intersection of two roads and it was somewhere in Utah.

The other day I was thinking about the lone mailbox and clicked around google maps for a few minutes near Hovenweep National Monument, having remembered driving through that area. Suddenly I felt as though I had uncovered a lost buried treasure when right there on the screen was the mailbox in the middle of nowhere! 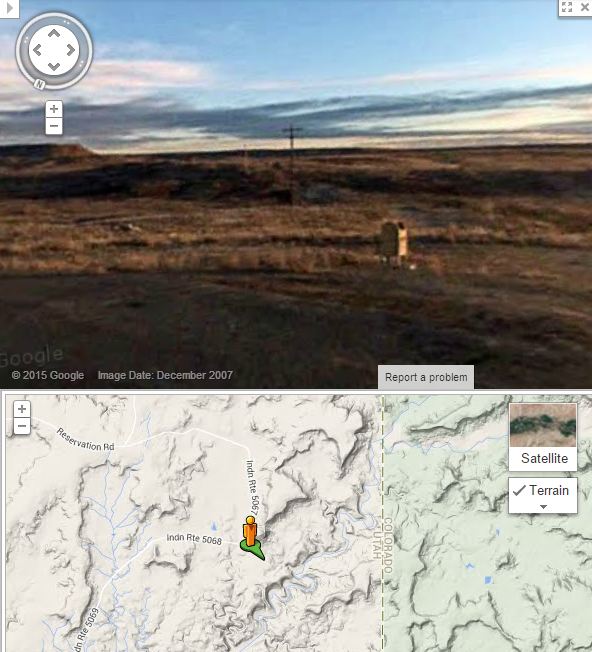 Now knowing the location of this mailbox, I did a little more investigating and found that I am not the first person to stumble across this interesting sight and document it. Here are a few other photos of the same curious mailbox I found on the internet. 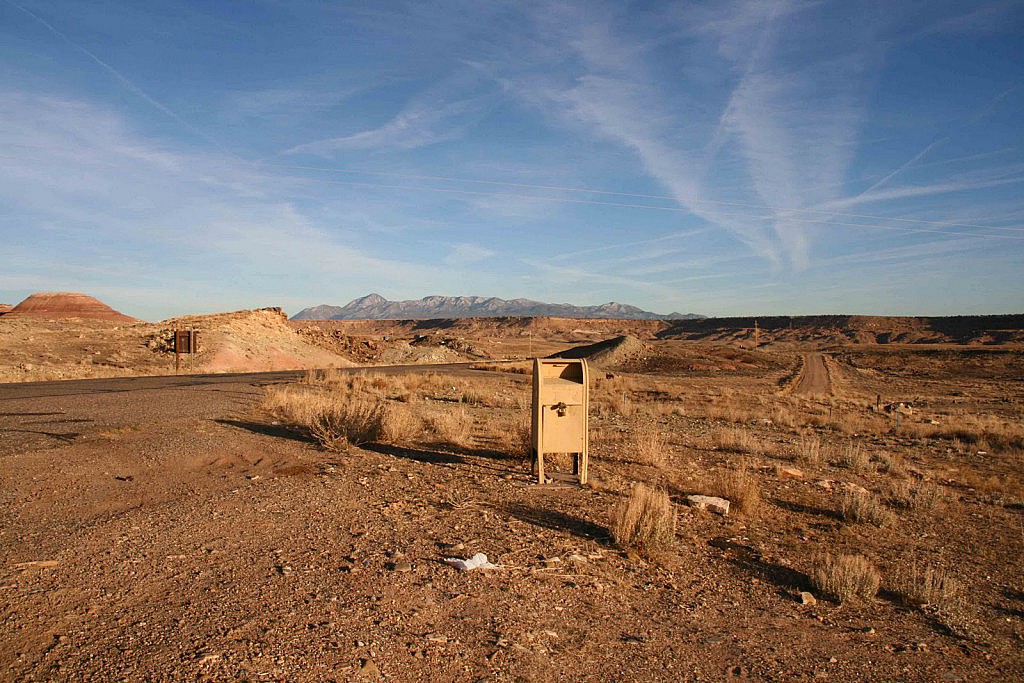 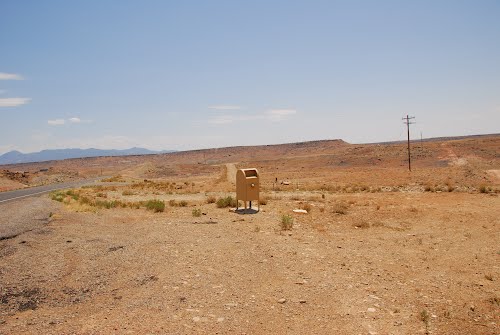 Apparently this mailbox is used by a ranger that oversees the nearby national monument. The monument is so remote that the closest the postal service would locate a mailbox was on a “main” road 10 miles away. It’s locked with a special lock that allows the postal carrier and the park ranger to access it. And of course anyone else is welcome to drop a letter in the drop box as well!