For months I have been anticipating a kayak trip planned for this weekend, but once the forecast was revised to include snow, that all went to the wayside. The weather today wasn’t terribly appropriate for kayaking, but it was pretty much ideal for hiking!

Initially I planned to go to Richland Creek Wilderness, an allegedly scenic but very difficult to reach place that’s been on my “must visit list” for quite some time. But going alone, I opted for something a little less extreme after having a dream about getting mauled by a bear in one of the most remote and inaccessible areas in this part of the country.

So I opted for nearby Big Sugar Creek State Park. I really like this small park. It only has one trail, but it’s neat, and most of it runs along side small tributaries of Big Sugar. 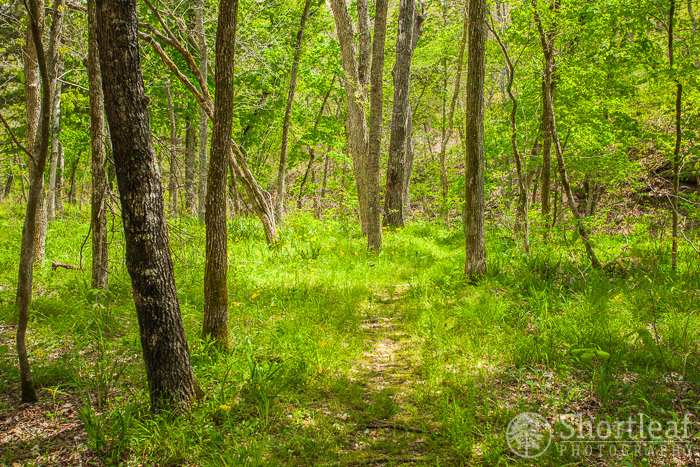 The ends of the trail pass through flat grassy areas and along rocky intermittent streams. 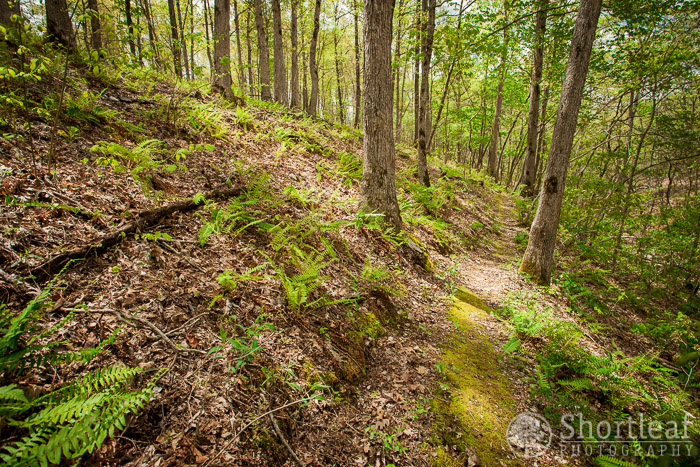 The middle part of the trail goes up over a ridge and through a semi open upland forested area with many ferns covering the ground. 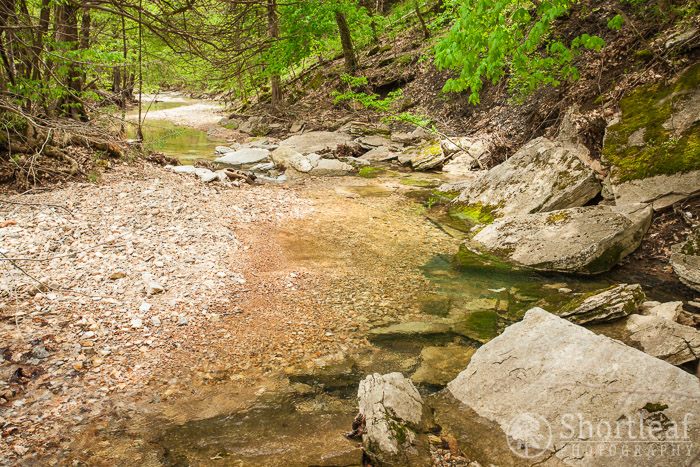 Here is a neat spot where the steam makes an “S” shape and drops down a series of ledges. A photo loses some of the magic of the scene by not including the sounds and movement of the water. 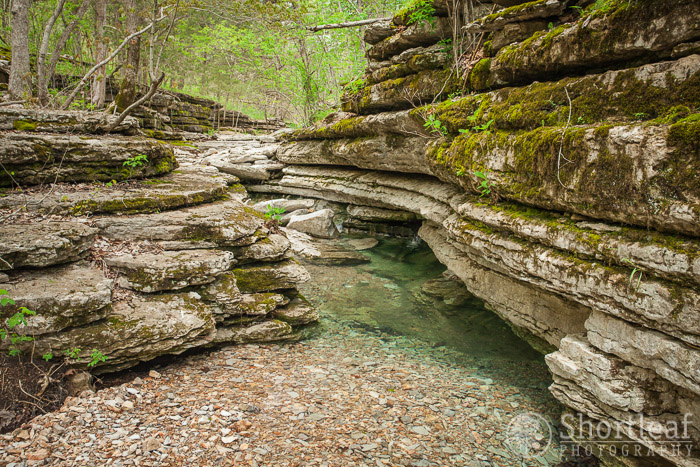 This is one of those streams that mysteriously disappears and then reappears 1/4 mile away. The water here, like many streams in the Ozarks gets it’s signature blue color from minerals in the limestone that get dissolved as the water passes through it.