I am back from the mountain climb with Ian and am happy to report that after 11 tortuous hours we made the 12+ miles to the top and back down. I did pretty good going up, but the way down seemed twice as long and miserable. That was friday and my legs are still excessively sore. Here are some photos… 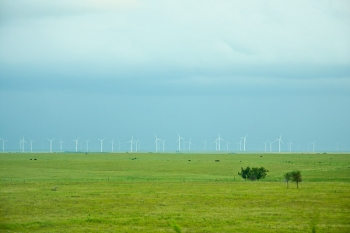 Here is the elk river wind farm between Joplin and Wichita. I think some of our electricity comes from here. 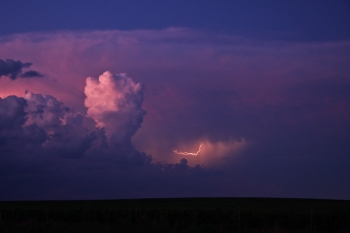 The first night I met Ian in Salina. Driving north from Wichita on 135 I saw this cool storm. I pulled over on the side of the highway to try and snap a couple pics. 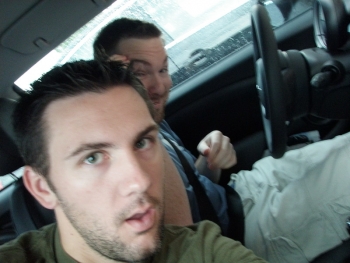 Thursday morning we loaded up into Ian’s mini cooper and took off across the plains! 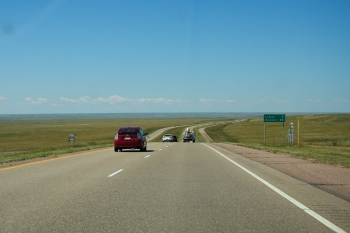 Normally this is the point where you can first see the outline of the mountains in the distance. But not today. I guess it was hazy or something? 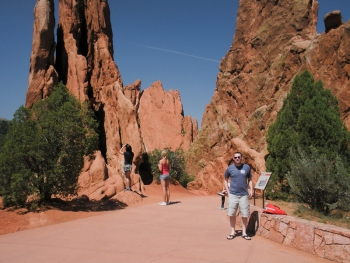 We made a quick stop at the garden of the gods in Manitou Springs. We did some climbing around on the rocks and followed around some hot russian chicks. 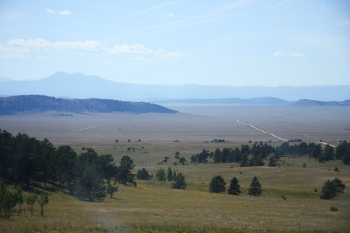 Here we are heading down about to cross a really big, empty valley. It seemed like we were headed deep into a part of Colorado that is less visited than the areas right along the front range. 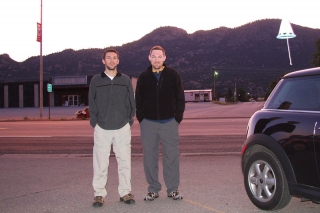 Here is the team ready to head out in the wee hours. 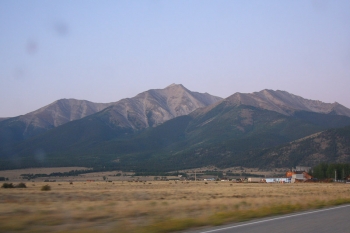 Mt. Yale is obscured by another smaller mountain. This one is Mt. Princeton which is one foot taller. 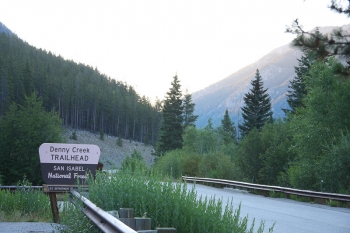 The sun is just about to come up over the mountains. 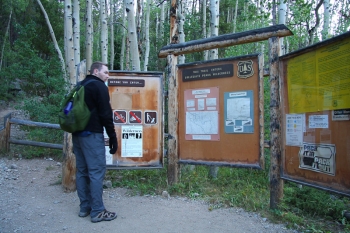 Ian checked out the postings on all the various ways we could die or animals that could eat us. 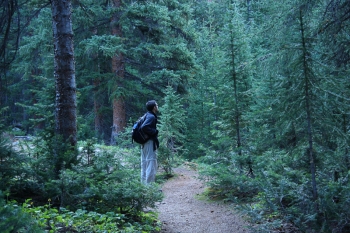 
We followed this small stream for roughly the first mile and a half or so, crossing it several times. 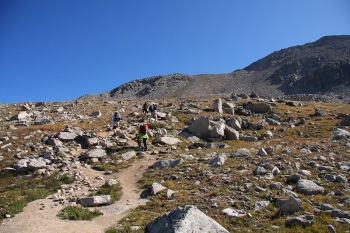 Here we are beginning the steepest part of the climb, right about 13,000 feet. 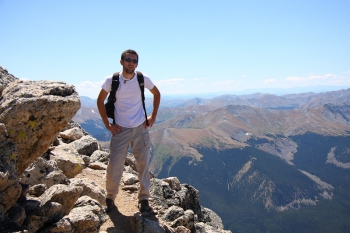 This was one of the scarier spots along the trail because it was right along a drop off. It wasn’t straight down but it still made me a bit dizzy looking down.

Finally, the summit is within view. At this point we have about 100′ to go! There was no trail at this point… you just had to scramble over the rocks. It was probably my favorite part of the climb. To get the scale, look for the small people near the top.


Almost there! You can see the trail we came up in the distance below me. 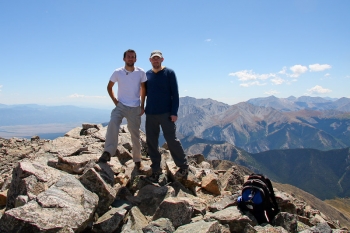 Here is the team proudly proclaiming another victory!

Here is the evidence that I have made it up my first 14’er. According to Mr. Garmin we were at 14.2k feet. Unfortunately my model abbreviates once you get above 10,000 feet. 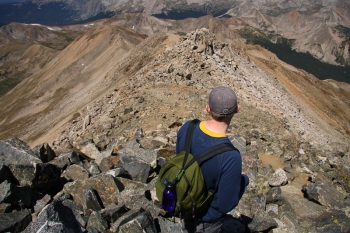 Eventually we started making our way back down. Which for me at least turned out to be much worse than coming up. 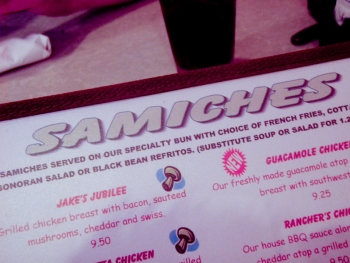 Saturday we stopped for lunch in Gunnison and I thought this was funny because I like to call sandwiches “samiches”. The waitress seemed to think I was weird for taking a photo of the menu. 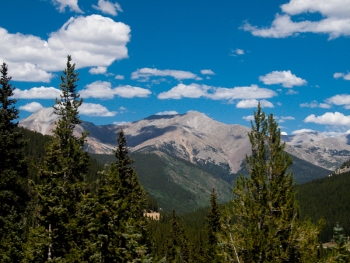 Just a random mountain shot out the car window. 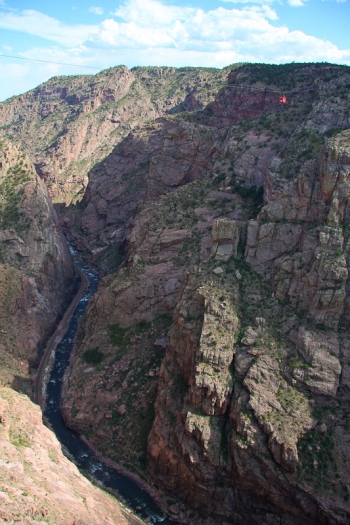 We also stopped at Royal Gorge. Royal Gorge is super cool but annoying because it’s privately owned and they have turned a natural wonder into an amusement park, so it’s $24/person to get in and the canyon rim is lined not with trails and informational displays, but carnival rides, restaurants, a huge sky trapeze thing, and trinket shops. For some reason I have just never been a fan of privately owned tourist attractions. I guess that makes me a socialist. 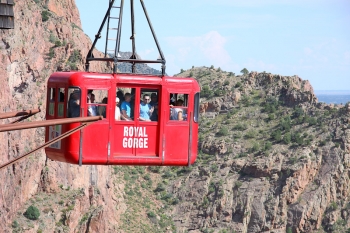 Ian rode the sky tram thing across the canyon. I was suffering from vertigo and acrophobia so I just took pictures from the edge.

Yeah… long way down. Note the tiny cable car in the upper corner of the photo. This photo really does no justice to the perspective and depth of the situation here.

And finally we start trekking back across the plains… good trip indeed!