Matt and I took a quick trip to LA to do some hiking and hang out with some old friends from my days in the City of Angels.

The mountains in the Mojave desert just to the east of LA with a light dusting of snow.

These mountains were totally removed to make way for more subdivisions. Both impressive and a bit disturbing.

I purposely sat on the right side of the plane so I could take a shot of downtown just before landing. I think the smaller city in the distance is Glendale, CA.

Happened to be passing this beach right as the sun was setting.

Our rental car, which we dubbed "the robin egg". We drove up to Devils Punchbowl near the desert town of Pearblossom, CA.

Lots of large rocks eroded into smooth patterns. I filmed a project just a few miles from here when I was in film school but never knew about this park.

Standing up on top of another large rock formation along the edge of a small canyon. The north side of the San Gabriel Mountains are in the background.

The plants and trees that grow in California are so different than what we have back in Missouri. This Manzanita reminds me of the stuff from War of the Worlds.

The dusting of snow makes for a nice effect. These rock walls are much larger than what the picture leads one to believe.

A small creek from the melting snow. The primary tree type here is Single-Leaf Pinyon, which is unique in that it's the world's only 1-needled pine. It's not a particularly attractive pine though. 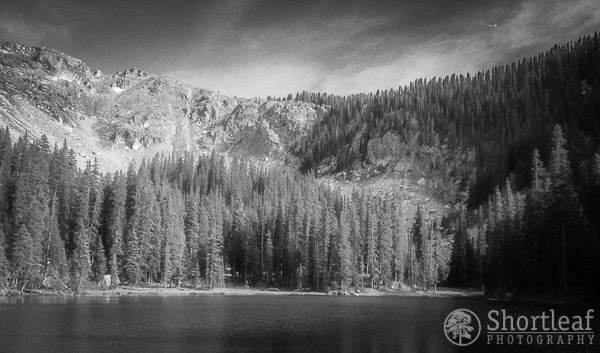