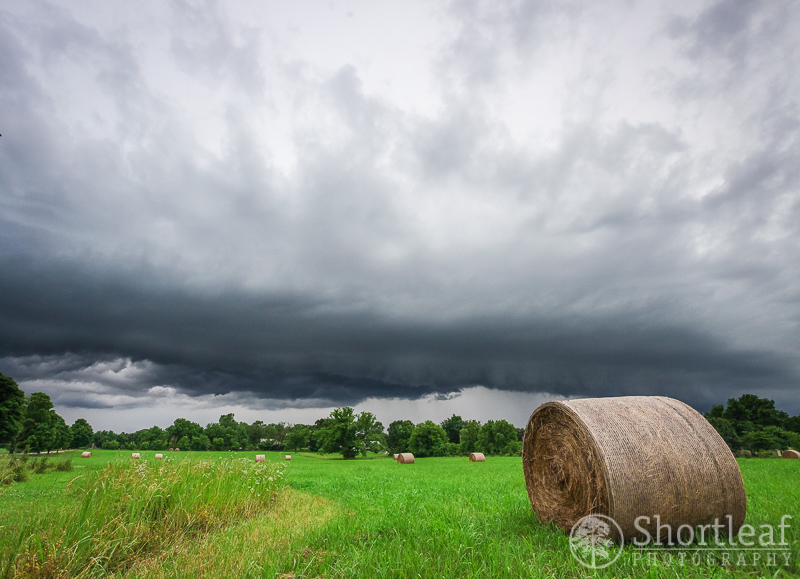 I thought I would take a few minutes and share a few photos I’ve taken lately. The first is from a line of menacing, though not particularly damaging storms that approached the farm from the south a few weeks ago.

Next, a few I took last night of some storms approaching from the north. This time of year it’s much more typical for storms to approach from the north or northwest.  I always enjoy that because it provides a better, more open view. Also, at night there is less light pollution to deal with in that direction.

I was hoping to frame some of the thousands of fireflies into the shot, but the conditions were making a particularly difficult subject even more so. I did manage to get a couple cool shots of the storm at least, even thought the fireflies aren’t very visible. Not my greatest work ever, but I’ll share them anyway. I like the second shot because of the dramatic clouds that were pitch black in person, only made visible by a 15 second exposure.  I find storm photography to be particularly fun, even though it is at times frustrating trying to manually focus in the dark and figure out which settings are working that night. Mainly it just gives me an excuse to stand out in the elements and nature comes roaring in, which is kind of an adrenaline rush. 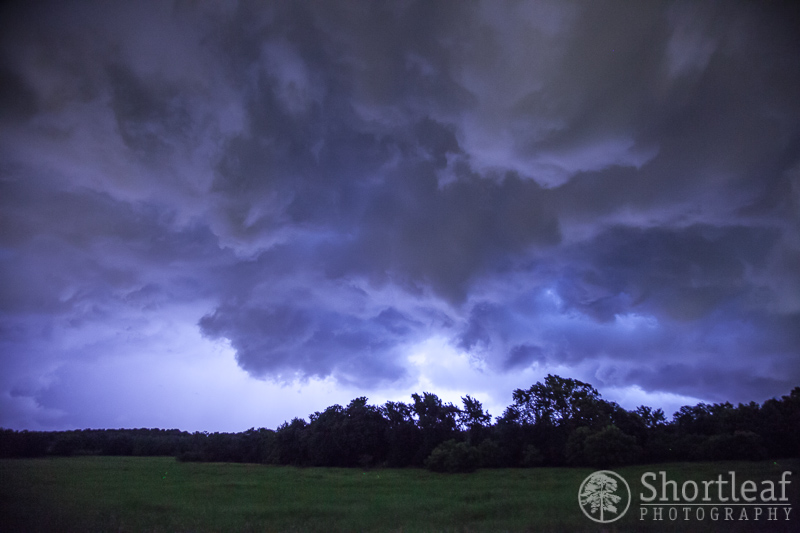 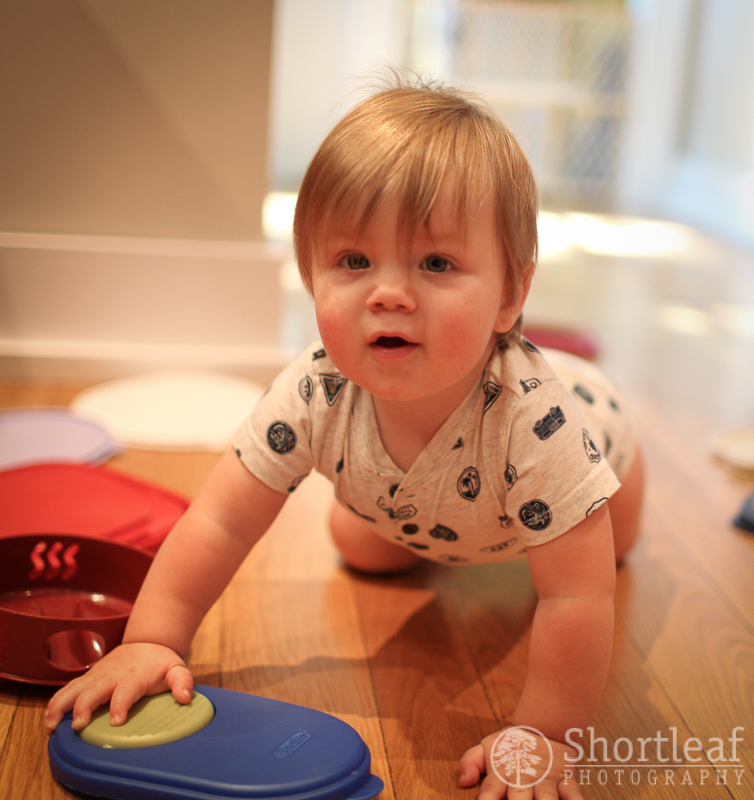