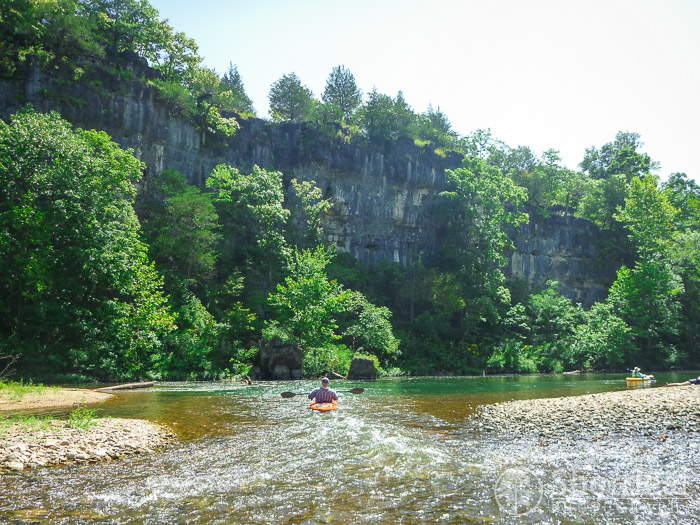 This summer my blog has been more of a kayaking trip report than a photography blog. But that’s ok because it means I’ve been able to do a lot of kayaking, and I’ve taken some fun photos in the process! We usually try and do a trip with some friends of ours each summer and this year after having to reschedule numerous times, we finally made it out this weekend – to go kayaking the North Fork of the White River. I hadn’t been to this river in six years, so I was ready for a re-visit!

We left from Springfield at 5:55 am so we could be on the river before the crowds and heat set in. It turned out to be a good plan because it didn’t start getting hot until about halfway through the float and we never encountered any significant crowds! 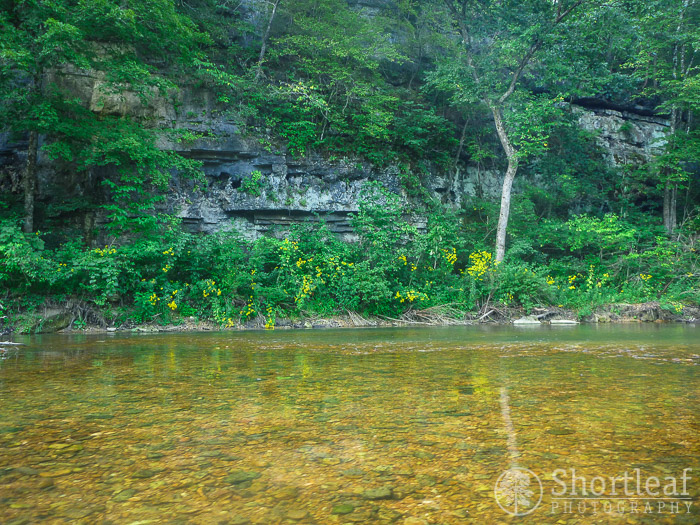 I thought the scenery was maybe better on the first half of our float, though the water was clearer, colder, and more plentiful on the lower half of our float. The river was lined with wildflowers of yellow, red, blue and purple in many places. 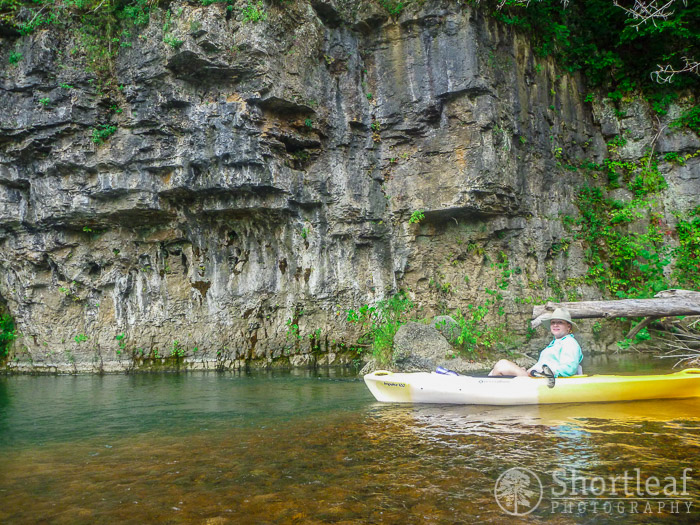 Here is Bridget near a cliff and deep pool. If I were more adventurous maybe I would have tried to jump from the cliff into the pool. 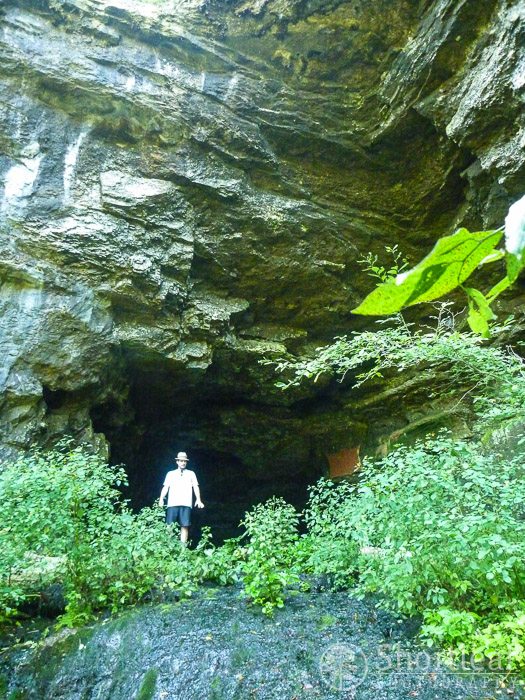 A few miles down the river we encountered this fairly large cave. It had a pretty foul smell, so hopefully that is the natural smell of bat droppings and not human sewage!

Here is Andy heading towards a nice bluff. The water was pretty low until we reached the springs, but there were only a few spots where we got stuck! 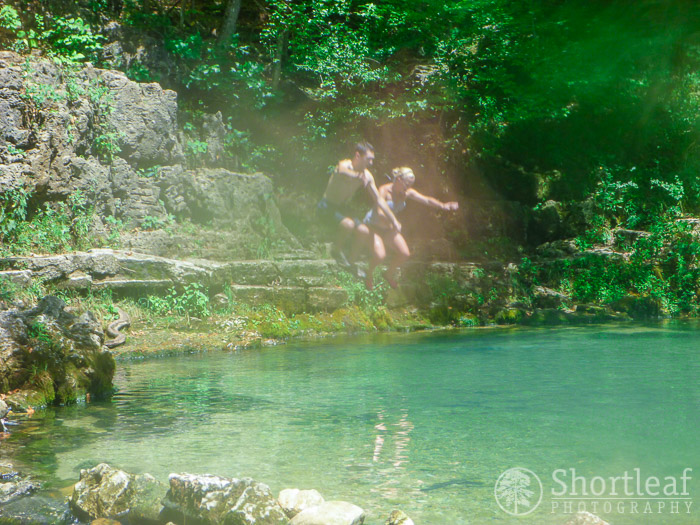 One of my favorite spots on the North Fork is this spring. Like all Ozark springs, the water is a brisk 56 degrees, even on a hot summer day! My awesome wife Stephy was a good sport and jumped with me into the icy cold water – something everyone should experience at least once in their life! 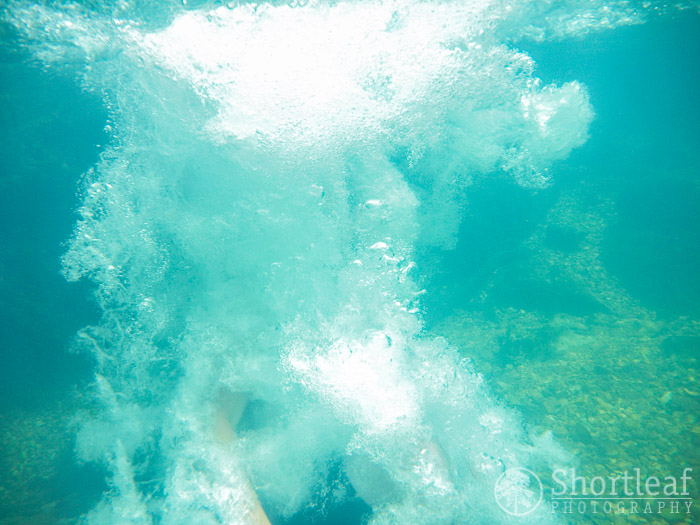 I tried to take a cool pic of Grant jumping into the spring but all I got was a cloud of bubbles! 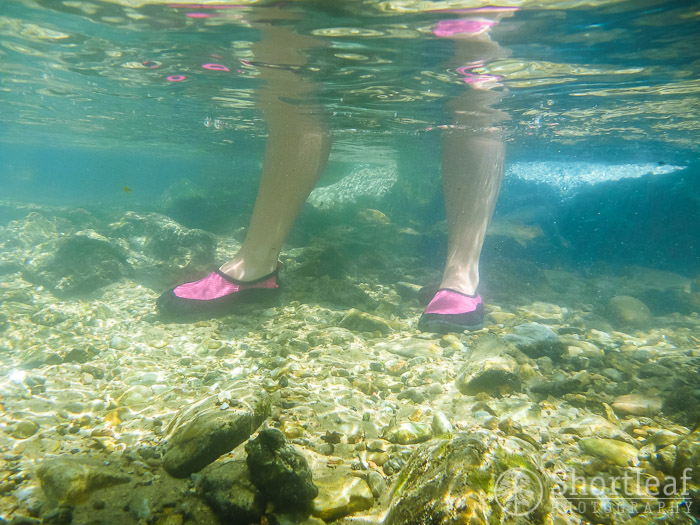 I love the way the bright summer sun glimmers along the rocks under the water. 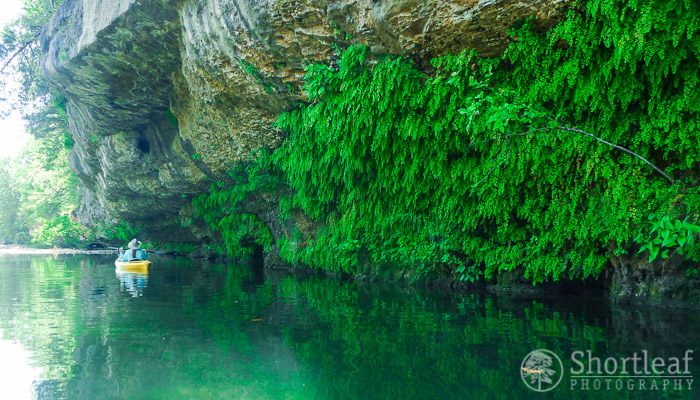 This was a neat overhang that provided some relief from the sun as the day was heating up. I love all the ferns, clinging to the limestone! 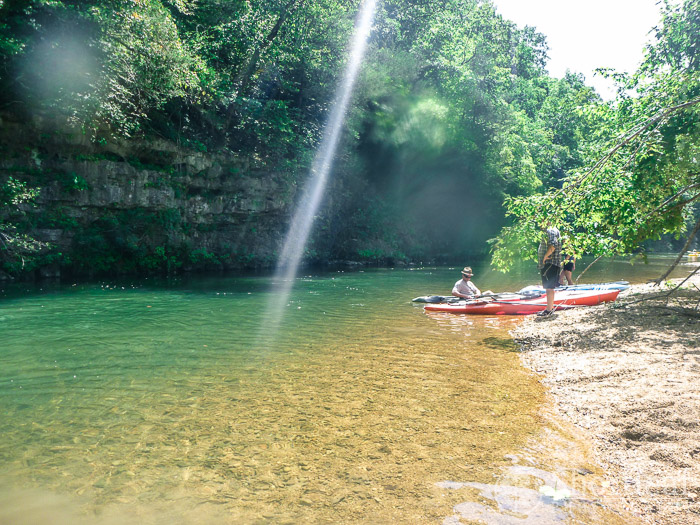 We stopped in this spot to swim, rest, and cool off for a bit. 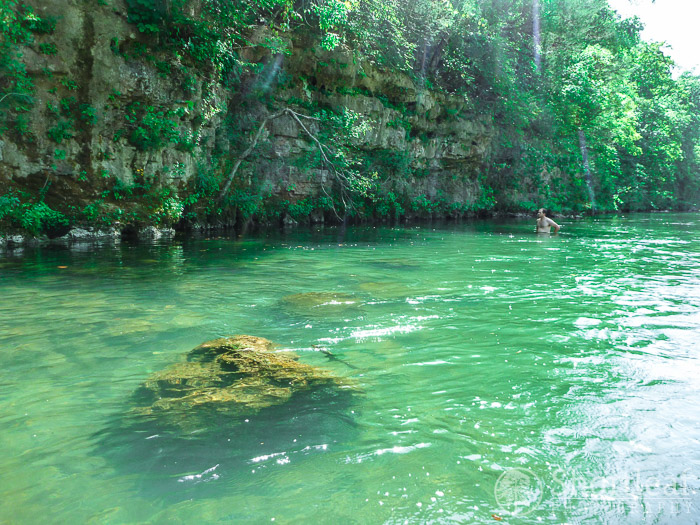 It was a lot of fun laying in the water and drifting along with the current! 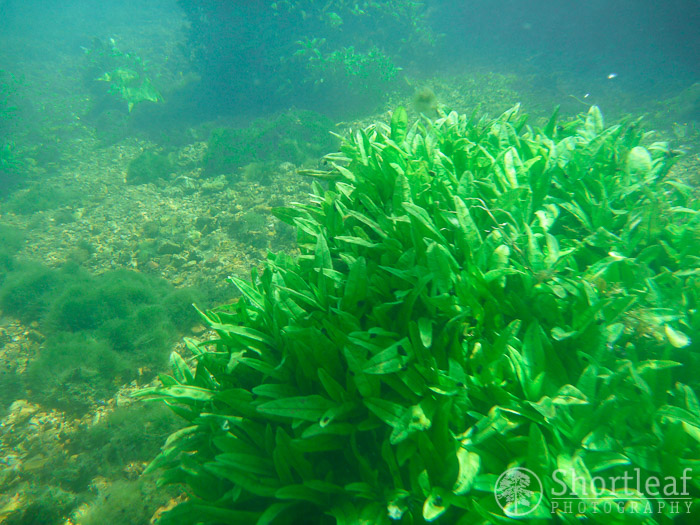 A few miles after the first spring, we encountered several more that significantly added volume to the river, and also decreased the temperature. Here, the river was full of these plants. They must require constant cold temperatures. 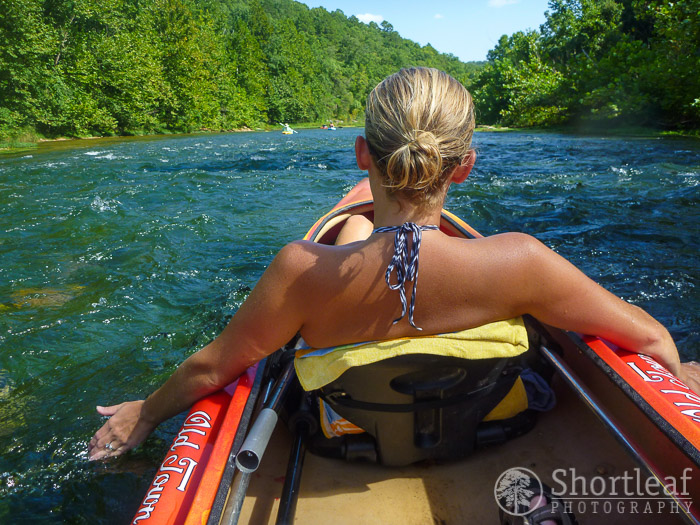 Spots like these are usually my favorite sections of rivers. Nice long runs of gentle whitewater.

Because the water was low, the float took a lot longer than we planned, but really, how can you complain about spending extra time on the water?!