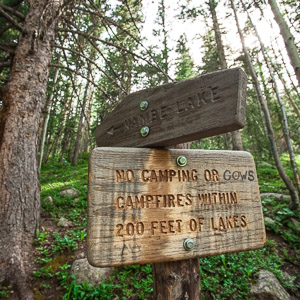 Most people probably associate New Mexico with desert and chili peppers. But especially in the northern part of the state there is some very beautiful mountain scenery. While in Santa Fe, I decided to finish up our family vacation with a solo hike, one more difficult than the ones we had been doing with the kiddos. I was hoping for a challenge and some opportunities to take some photos – and I certainly got both.

The trail I ended up selecting was the Nambe Lake Trail, which is a spur off of the Winsor Trail in the Pecos Wilderness area of the Santa Fe National Forest. I had read that this particular trail, being the closest and most accessible alpine lake near Santa Fe was very popular, and not generally a good choice for those seeking solace. However, I didn’t start the hike until around 3:30 pm, after most everyone else had come back down.

The trail was about 7 1/2 miles round trip, and climbed a brutal 1,800′ of elevation gain. The middle section of the trail was somewhat level, but the first half mile and especially the last mile up to the lake were completely hellacious. 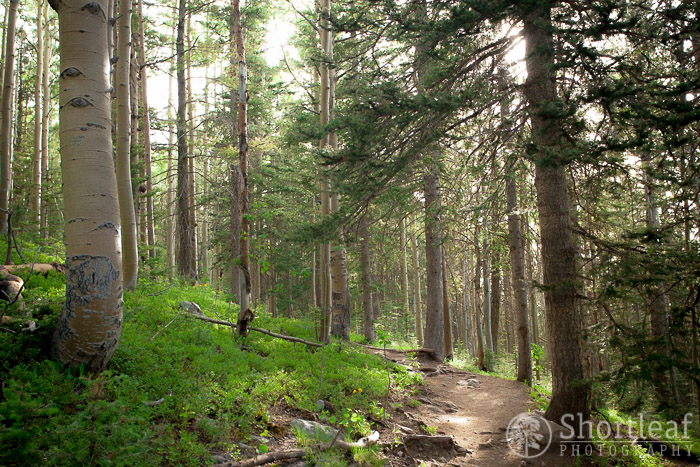 Much of the trail winded it’s way through spruce/fir/aspen forest, which was quite beautiful in the late afternoon sunlight. 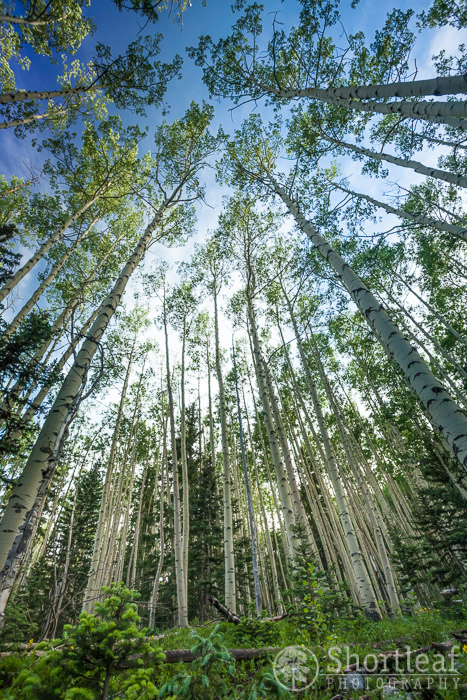 I always enjoy a nice grove of Aspen with their smooth white bark and fluttering leaves. 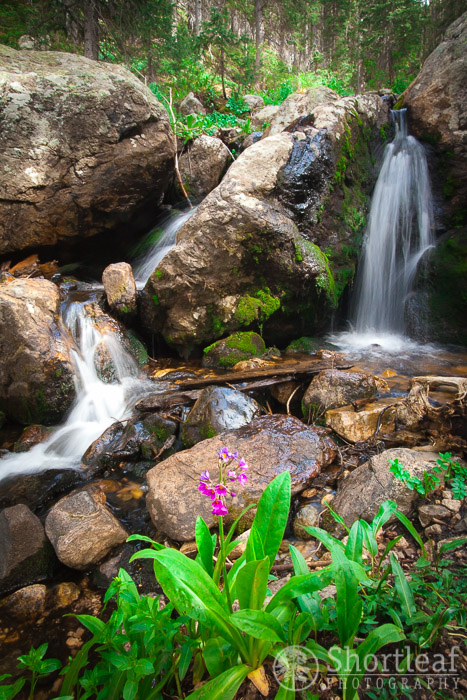 After I took the spur off the Winsor Trail up towards Nambe Lake, the difficulty went up exponentially, but so did the scenery. Most of the trail the rest of the way followed along a stream, which was really more of a cascade since the terrain was so steep and rocky. I stopped a lot to rest and enjoy the scenery along the stream that was cascading it’s way down the mountain. 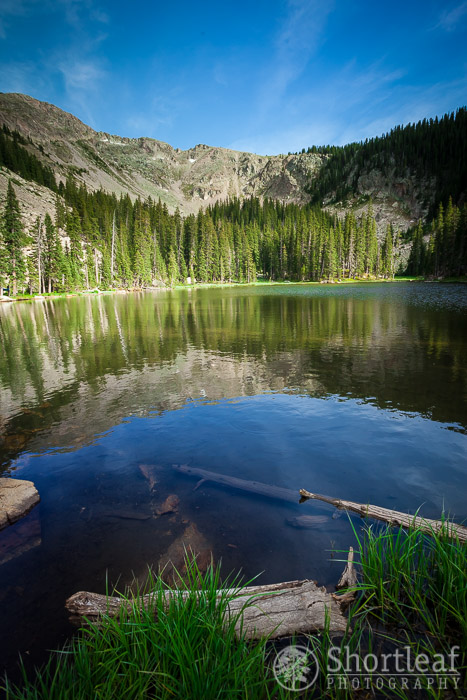 When I finally made it to the top, I was treated to this amazing view. The lake is surrounded on 3 sides by steep rocky cliffs of the creatively named “Lake Peak” and Deception Peak. The only sound was the wind blowing through the forest. I sat down on a rock and relaxed for awhile, just enjoying the scenery and the solitude. After I had been sitting for a few minutes, I realized I wasn’t alone – there was a guy illegally camping on the shore across the lake.

After I was fully rested and relaxed, I started the journey back to the car. Not surprisingly it was much easier and quicker than the hike up!

Photo of the Week#11: Virgin Bluff