The semi dry weather invited my youngest daughter and I to get out for a short hike today.  Initially we had planned on doing a longer day hike at Big Sugar Creek State Park, but after turning on the windshield wipers twice in the first 20 minutes of the drive to Pineville we decided we might be better off sticking to a trail that won’t get us quite so far away from the truck.

So I took the next exit and we headed to Walter Woods, a small conservation area south of Reddings Mill. The area features a small network of trails (much of which are paved), some streams, and a pond. With the weather, we didn’t explore the whole area, just part of the trails, but we had a nice time. 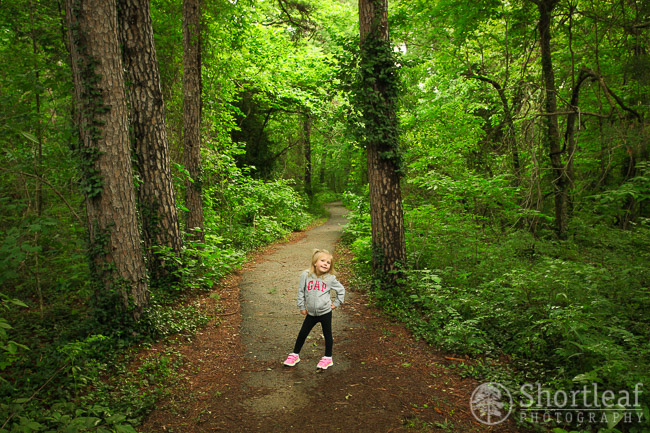 The trail starts by winding around under some large pines, mixed with a variety of hardwoods. 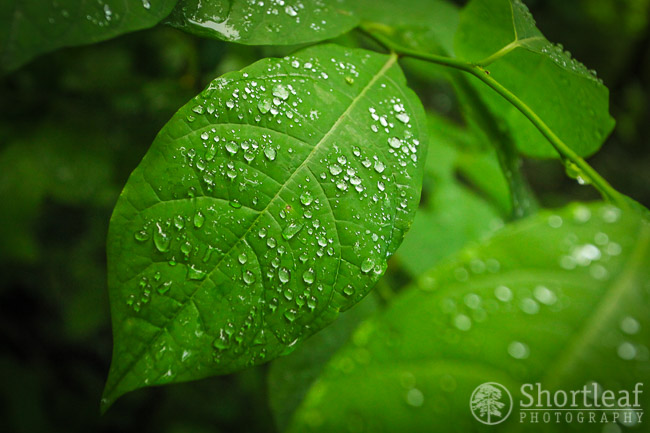 This turned out to be a good place to hike when it’s lightly raining because the dense canopy kept us pretty dry! A few drops of water here and there on the plants was a nice sight. 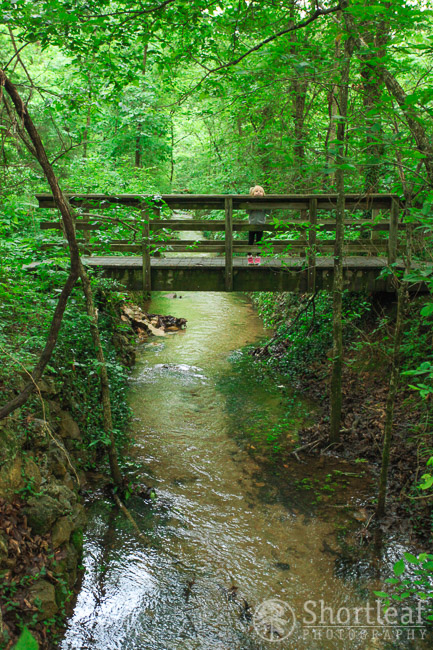 Along a couple of the trails was a small stream with rock walls on the sides, as if it was once some kind of mill.  The water was crystal clear, even with the recent flooding, so I would imagine that it comes from a nearby spring. 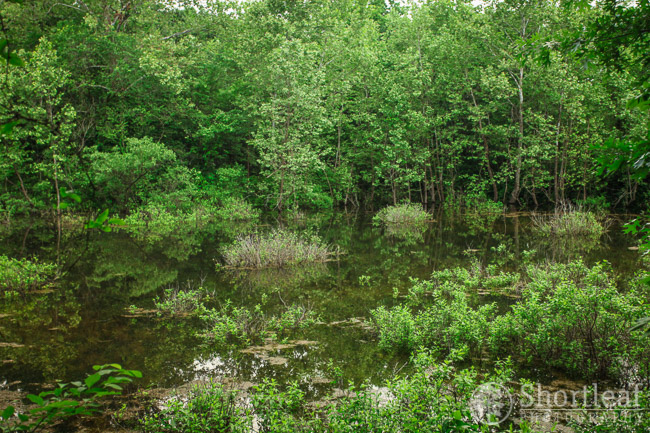 Towards the north end of the area, the trail loops around this nice pond. I noticed poison ivy lining the trail in many places, so if you happen to check out these trails for yourself, watch out! 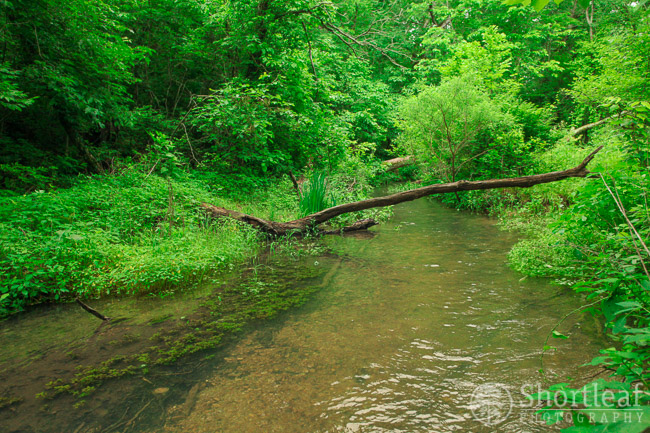 Several small streams crisscross the trails, so there are a lot of bridges. I’m not sure if they are all forks of the same stream or if there are just several springs nearby. We headed back to the truck before making it to the other side of the area where we might have been able to find the source of the streams. 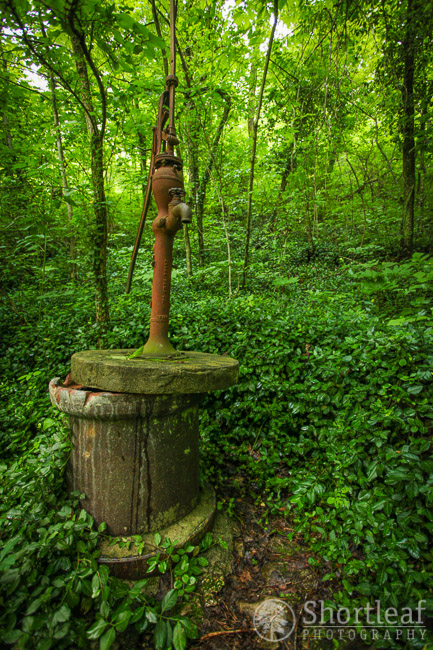 A short spur from one of the trails went over to this old well pump.  I’m sure this area has some history behind it, but I don’t know it’s story. So in the end, the rain didn’t ruin our plans, it just caused us to revisit a place I hadn’t been in several years. If you are looking for a place to walk some easy trails with nice shade, or some that are suitable for strollers, Walter Woods is a nice alternative to some of the more popular parks in town.