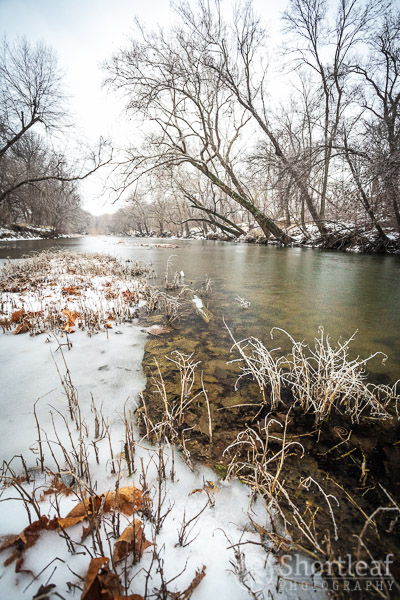 I decided to go out and brave the storm to do some photography and spend a few minutes down at the creek. I’ve always found there is a certain quality to being out in nature in weather that keeps most people away. Almost like I am taking part in or observing something nature doesn’t want me to see.

Here is a photo I took of a neat section of the creek. It’s probably one of the neater stretches of the creek along the farm, but it’s also one of the least frequented spots for a number of reasons. For one, it’s the furthest from the house and least accessible. During the warmer seasons, the tall grass and shrubs make it difficult to find an easy route, though in the winter it’s relatively clear. There is also a residential development just out of frame of the photo, so I have little to no expectation of privacy or solace here, two things I am generally seeking when I go down to the creek.

Those things aside, this is still a special area to me because just upstream from where I took this photo there are some towering limestone bluffs and a large cave opening where the creek makes a series of sharp turns. I remember exploring those bluffs and caves when I was a kid, and hearing stories of great great great grandpa Carter hiding out in the caves. There was a second smaller, but much more interesting cave somewhere up the hill near where I took this photo that contained an underground stream system, but we tried to locate it a few years ago with no luck. So unfortunately it has either naturally collapsed or was filled in when the area was developed.

During certain times of year we see bats flying around the house at dusk and I always imagine that they probably reside inside the larger cave. I think bats are super cool.

The Heat is ON! 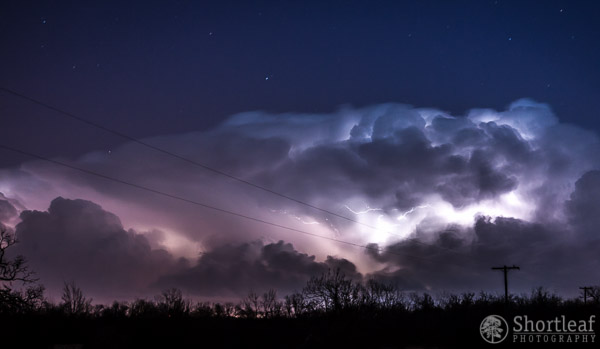 Photo of the Week #9: Y Bridge