Photography is generally the only artistic endeavor I write about on here, but I do enjoy many other types of art. Mostly painting and drawing, but I do sometimes get an itch to do something weird… such as this project…

I have seen where people have glued crayons to something and then melted them, causing a rainbow waterfall of sorts. I thought it looked like something fun to do, but thought I would make it a little more interesting by forming the crayons into an image, rather than just a simple array of colors. 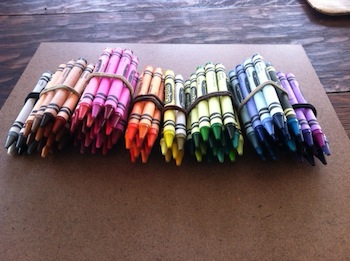 Steph knows I am always up to something weird, so she didn’t really think anything of it when I asked her to pick up one of the giant boxes of crayons. As it turns out, there isn’t an even distribution of colors… much more reds and blues and only a couple yellows. 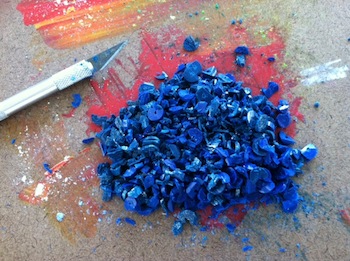 I used an exacto knife to cut the crayons into pieces. This part was not very much fun. 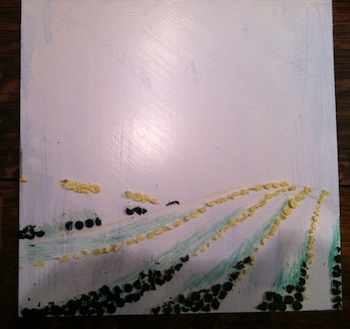 I came up with an image, sketched it out, and started arranging the crayon pieces. It was fairly tedious but it wasn’t as difficult as I thought it might be. 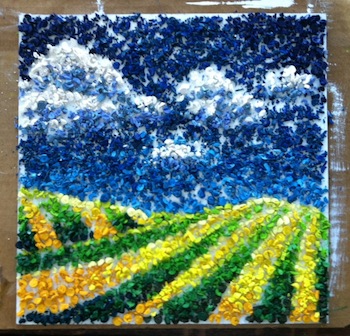 Here is the finish product before I melted the pieces together. A nice heartland themed image. 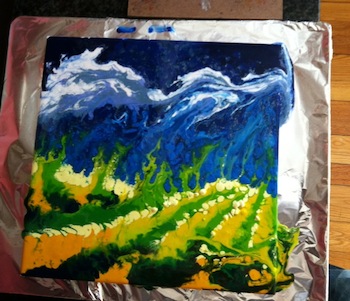 The wax went kind of crazy and didn’t really end up like I was envisioning. I was a little heavy on the green wax, so it bled into the sky…looks kind of like Ursula’s weird cave creatures from Little Mermaid. Oh well, it’s still neat looking and it was a lot of fun making something and using up about 30 crayons in one shot.

Until the last few years I never noticed or cared

This tree reminded me of the movie Big Fish. . .